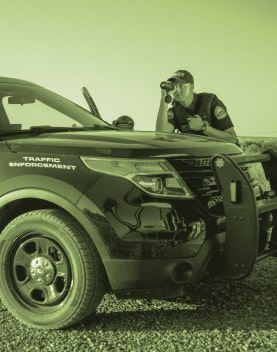 Since ancient times, one of man’s desires has been to acquire the unique properties of sight like those of beasts – to see well in the dark. For then, he would turn into a ghost hunter who could attack a sleeping beast. This human dream would have remained a dream if the era of electronics had not arrived. There are now quite a few night vision devices (NVDs) of different designs, characteristics, types, price ranges, and purposes. To see in the dark, humans began to use artificial ways to provide additional opportunities for their vision organs. In ancient times, these means were various fires, torches, and other illumination methods of the environment. In the course of scientific and technical progress acceleration, the standards for visibility of human organs in the dark time of the day became more complicated and perfect. Now there were various means of illumination. The primary role was played by methods ensuring uninterrupted description of the person during a long time and minimum control over it. You can list paraffin candles, oil lamps, and lamps, among such means. The man sought to see at night with his own eyes and (preferably) without attracting increased unnecessary attention to himself.

And now, with the development of modern electronic element base and miniature integrated circuits, it has become possible to create tiny night vision devices that are compact enough to be carried by one person and provide him a stable vision of the surroundings at night or when in shady places. Night vision device (NVD) is a class of optical-electronic devices that provides the operator with an image of the area (object, target, etc.) in low light conditions. Devices of this type are widely used during nighttime military operations, for covert surveillance (survey) in the hours of darkness and dark rooms, driving vehicles without using camouflaging headlights, etc. Despite several advantages they give to their owner, it is noted that the overwhelming majority of available models are not capable of providing the possibility of peripheral vision, which determines the necessity of special training for their practical application.

NV in military and hunting

These devices were especially popular with the military. By the way, this is not surprising since it is the military sphere during the entire period of human evolution, provided the accelerated course of scientific and technological progress. For quite a long time, night vision devices have been improved and now occupy one of the main places in the equipment of the military and soldiers. NVD is also widely used in military equipment for military operations at night. Qualitative indicators are determined by the technical characteristics of the EOC and night vision device optics. According to the qualification used, they are subdivided into three generations, with I+, II+, and subgroups.  As for non-professional use, NV units are often used by experienced hunters. And, even though even a modern device of the latest generation remains relatively expensive, the market is full of quite affordable models that can give the opportunity to actively participate in the nightlife of wildlife to everyone who wants to. Of course, every hunter’s arsenal necessarily presents one or another optic. These can be simple night vision binoculars or monoculars. They are designed primarily to facilitate the observation of the surrounding nature and tracking wild animals.

Today, night vision devices (NVDs) are also used for civilian purposes. They are actively used in rescue operations, aviation, navigation, and even particularly extreme journeys. Night vision goggles are suitable for rescuers, drivers. Convenient for repair work, rescue operations, shooting at targets illuminated by a laser. The main advantage of glasses is the freedom of action of the observer and the space of both hands. Goggles are also used as an additional element in a paintball game. The device simulates nighttime. Popular among tourists hiking in the dark. With such a device, it is easy to reach the area and not get lost, for example, in the woods.

Of course, NV units were initially developed for military purposes, but now these devices have many more applications. For example, in security activities, night vision devices are indispensable for patrolling the territory in the hours of darkness. However, the most widespread application of NV units was hunting because they give a definite advantage over the cunning beast, allowing the hunter to see well in poor light conditions, rain, or fog. The industry has developed many devices that will enable the night hunter to feel on equal footing with the beast: thermal imagers, monoculars, night vision scopes, binoculars, etc.